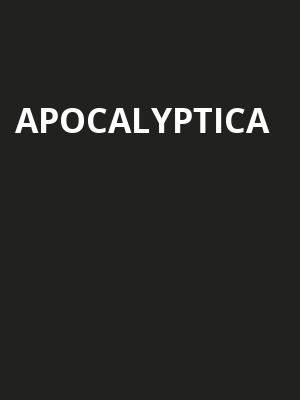 Over 20 years of classical metal

It's been over 20 years since Apocalyptica first put forth their unholy alliance of metal and classical music in the form of debut album Plays Metallica by Four Cellos. The Finnish cello metal band formed with the intention of playing Metallica and other heavy metal band covers, but each subsequent release featured more and more original music until fourth album Reflections announced their fully-fledged status as original artists.

While it may seem that these two genres make strange bedfellows, Apocalyptica more than makes it work. Known for their unique and thrilling live shows, in which they headbang while playing the cello no less, the band pulls no punches and brings as much energy to the stage as any metal band in its prime. This, coupled with a heightened sense of musicianship, makes for an experience you won't want to miss.

Sound good to you? Share this page on social media and let your friends know about Apocalyptica at Plaza Theatre.