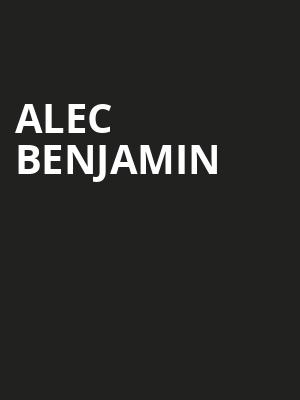 While Benjamin is firmly in his twenties, there's a boyishness and angelic innocence about his instrument that's absolutely charming.

Alec Benjamin is an Arizona native singer and songwriter who has become just as well-known for his demos as he has his most popular songs 'Paper Crown,' 'I Built A Friend' and 'End of the Summer.' The rising star will head on tour this summer, after releasing his 2019 Billboard charting mixtape 'Narrated for You,' and in support of his upcoming debut album; ' These Two Windows'.

At just 25 years old, Benjamin's music has been hailed as having a storyteller's flair. 'Narrated for You' has been celebrated for its ability to speak beautifully on love and friendship in a way that a wide range of audiences can relate to. With 'These Two Windows' on the horizon, it looks like this will be Benjamin's year, but whatever happens, he has come far from the days that he used to play in the parking lots of concerts.

Sound good to you? Share this page on social media and let your friends know about Alec Benjamin at The Beacham.