Sorry, we don't have any tickets for these dates

With the state of the world right now, many events have had to be rescheduled or moved and we'd suggest you contact the producers or venue for the latest information. 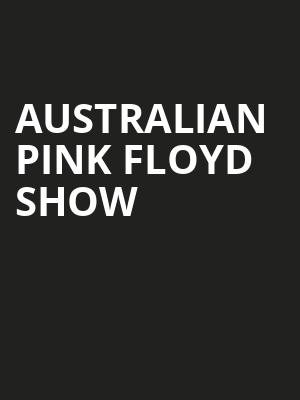 The best tribute band in the world!

CANCELLED: This tour has been cancelled

These guys just can't stop entertaining! Having sold over three million tickets in concerts that have taken them to at least 35 countries worldwide, The Australian Pink Floyd Show is rightfully hailed as one of the most in-demand touring entities currently operating. The music press continually praise their innovations and dedication to paying tribute to the original Floyd; arguably the best tribute act in the world, these guys are so good that they were invited to perform at David Gilmour's 50th birthday celebrations. How about that for a ringing endorsement?

Now with over 30 years of touring under their belts after humble beginnings playing to family and friends in their native Adelaide, Australia, TAPFS pride themselves on attracting new generations of audiences and consistently turn in jaw-dropping performances to boot. With this year's tour selling out fast, we can only wonder what 2019 will bring! Catch them when they play in a venue near you soon!

I saw APF a couple of years ago and was blown away by the quality musicianship... more

Sound good to you? Share this page on social media and let your friends know about Australian Pink Floyd Show at Hard Rock Live.