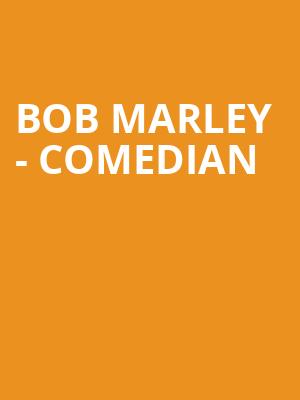 Just to make it absolutely clear - this is the Maine-based comedian we're talking about here, not the late Jamaican reggae superstar, hence the photos. Robert Cochrane Marley Jr, to give his full name, focuses his material mainly on observations of his life in Maine and New England in general.

Marley is also a regular on comedy shows, hosts his own radio show in Portland, Maine, and even appeared in the 1999 crime movie, The Boondock Saints, and its sequel as a marginally competent police detective dealing with Boston mafia crime.

In 2010 Marley entered the Guinness Book of World Records with the longest continuous standup routine, completing 40 straight hours of standup comedy, the first 17 hours and 14 minutes without any repetition of material.

You may be required to wear a mask during this performance. Please contact the venue directly for more information.

Sound good to you? Share this page on social media and let your friends know about Bob Marley - Comedian at Plaza Theatre.