Sorry! You missed Stuff You Should Know at Plaza Theatre 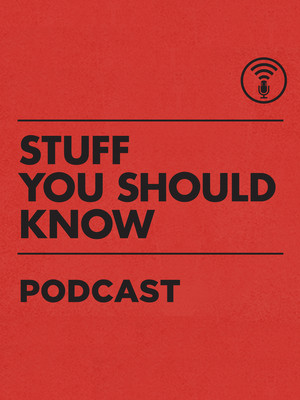 Stuff You Should Know

Why See Stuff You Should Know?

Since 2008, Josh Clark and Chuck Bryant have been enlightening those eager for knowledge of the world around them on Stuff You Should Know, a bi-weekly podcast from the Discovery network. From icebergs to disco, hula-hoops to polyamory, SYSK covers a staggering range of subjects in digestible and thoroughly entertaining style. Now they return to the road to bring you a very special Live edition.

Consisting of over 700 insightful episodes, SYSK has also spawned video and blog content that widens and carries on the discussion. Along with the network's other shows, Stuff You Missed in History Class, Stuff They Don't Want You To Know (and many more), it is downloaded over 1 million times every week, making it a consistent regular in the iTunes podcast charts and continues to attract wisdom seeking listeners by the thousand.

Seen Stuff You Should Know? Loved it? Hated it?

Sound good to you? Share this page on social media and let your friends know about Stuff You Should Know at Plaza Theatre.