I Am Here: The Real People Who Inspired Come From Away 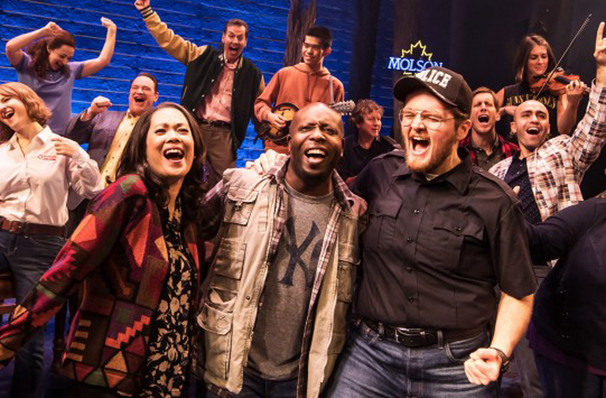 Looking for a little more Christmas spirit? Then why not find out a little more about the incredible and very real people who inspired the wonderous Come From Away!

As one of the pilots who was instructed to divert their plane to Gander, Captain Beverly Bass played a vital role in keeping in touch with what was going on with the US Air Space. However, Bass has a very inspiring story of her own... Having an avid interest with all things aero-travel from a young-age Bass was the first woman to become a captain for American Airlines! But Bass didn't stop there! Oh no, this inspiring woman continued to work herself up the ranks to become an instructor. She also made headlines across the world when she led the first all-female crew from Washington DC to Dallas!

Although she was concerned with the welfare of the thousands of people who were descending upon Gander, Bonnie (the manager of the local Animal shelter) took it upon herself to care for the various animals that were on board the planes too! Teaming up with some other animal lovers (Vi and Linda) Bonnie spent ten hours going through all the planes, checking on each and every single animal. She also managed to convince officials to allow the animals of the stranded airplanes and move them to a more spacious hanger so she could care for them properly! Go, Bonnie!

A love story that could trump most, Diane and Nick are real-life love birds! Both stranded in Gander, fate definitely played its part as Diane and Nick were not only on the same plane but ended up staying at the same rescue center! Although Nick was from England and Diane was from Texas the pair made it work when they left Gander and are now happily married, how sweet!

Many special friendships were created in Gander, but none more so that the bond that was formed between local resident Beulah and New Yorkian Hannah. Hannah was worried for her son, who was a firefighter sent to tackle the horrific outcome of the 9/11 attacks. Beulah was a great support to Hannah and stayed with her and cared for her, in the form of bad jokes, until she flew back to New York. The bond these two women formed was so strong that they are still friends to this day!

Hilariously both called Kevin, this couple was part of the stranded passengers who landed in Gander. They were both deeply affected by their time there and when they arrived back home Kevin T (a CEO of a marketing firm) decided to emulate the kindness he was shown by the Gander locals to those around him. Every year he closes his office on September 11 and gives his employees $100 each to go and perform random acts of kindness. Kevin T's tribute to Gander has now grown into the Pay-It-Forward 9/11 foundation!

The Mayor of Gander, Claude is a larger than life character who is deeply connected to his town. He was instrumental in the organization of transporting the stranded passengers around Gander and took great care of them!

All the characters featured in Come From Away are based on real and inspiring people! Find out more about their stories by booking tickets to see Come From Away on tour!

View our show pages for more information about Come From Away, Walt Disney Theater.

Following well-received engagements on Broadway and its premiere city Toronto, this new hit musical based on true events has headed out on its first national tour! Nominated for 8 Tony Awards and 9 Drama...more info

Sound good to you? Share this page on social media and let your friends know about it.